Archive for category: About drip irrigation

You are here: Home / Blog / About drip irrigation

Water-saving irrigation is an irrigation measure that maximizes crop yield and output value per unit of irrigation water to achieve maximum yield or benefit with the minimum amount of water used. The main measures are sprinkler irrigation, micro-irrigation and irrigation management system.

Flow: 1) The amount of water available for the drip system expressed in gallons per hour (GPH) or gallons per minute (GPM). Flow is a determining factor in how many plants (or how large an area) can be watered at one time.
2) The total amount of water moving through the system as it exits emission devices.
Pressure: Measured in pounds per square inch, or PSI, the pressure is the force pushing the flow of water. Your pressure can be determined by using a pressure gauge.
Constant Pressure: In a drip irrigation system, the condition that occurs when the spigot or valve is left open, leaving any downstream devices-timers, filters, regulators, tubing, fittings, and emitters-under constant pressure.
Dynamic Pressure: The fluctuating pressure that occurs within a drip irrigation system when valves are opened and closed and emitters turned on and off.
Water Source: Where the water originates. This can be a municipal system, a well, a pond, spring, or stream.
Filter: A device used to remove particles from the water that might otherwise clog your emitters. Many water sources, especially municipal systems, are relatively free of debris. However, we still recommend filtration to ensure consistent, trouble-free operation of your system.
Zoning: The division of a drip irrigation system into areas that require similar watering rates or that would exceed the available flow of the system if watered together.
Mainline: Polyethylene tubing used to carry water from your water source to and throughout your drip system.
Branch Line: Polyethylene tubing that attaches to the mainline to bring water to an individual plant or to a zone. Branch tubing is generally ¼” or ½” tubing.
Pressure Compensating: (PC) Emitters distribute water equally throughout the whole system regardless of row length (within limits) and elevation changes. PC products are available in drippers, sprayers, or sprinklers
https://pky-dripirrigation.com/wp-content/uploads/2019/01/logo.png 0 0 admin https://pky-dripirrigation.com/wp-content/uploads/2019/01/logo.png admin2019-01-18 10:10:332019-01-18 10:19:20Glossary of drip irrigation

Sprinkler irrigation system is the sprinkler system of the relevant components assembled into a unit, mobile operation.Its composition is generally the hand lift type or the handcart tractor installs one or more sprinkler head, pump, pipeline, take the motor or the diesel engine as the power, carries on the sprinkling irrigation, its structure is compact, the movement is agile, the mechanical utilization rate is high, can one machine multi-purpose, the unit sprinkler irrigation area investment is low.The light and small sprinkler is a kind of sprinkler system widely used in rural China at present, which is especially suitable for areas with good matching of field channels or wide distribution of water sources and large water intake points.

It is composed of water source, water pump, pipe system and sprinkler head.The components of the sprinkler system are stationary throughout the irrigation season or even year round.The water pump and power machinery are fixed, the dry pipe and branch pipe are mostly buried underground, the sprinkler head is installed on the fixed vertical pipe and can be used in each field in turn.Fixed spray irrigation system operation management and convenient, easy to implement automation control, high production efficiency, but the investment is big, mu investment about 1000 yuan (not including water), vertical pipe has a certain influence on mechanical ploughing and other agricultural operations, equipment utilization rate is low, generally applicable to the economic conditions good irrigation of urban landscape, flowers and grass, or frequent irrigation frequency and high economic benefits of vegetables and fruit orchards, etc., can also be used in ground slope steep hills and make use of the natural water sprinkler irrigation areas use.

System composed of the same as the stationary, its various parts, water pump, engine, pipe and nozzle, etc are removable, at all levels in more than one field between spraying rotating, so the system of the equipment utilization rate is high, the investment is small, but because of all the equipment (especially the engine and the pump) to remove, carrying, the intensity of labor is big, the production efficiency is low, the equipment maintenance workload is big, sometimes easy to damage crops, generally applicable to the economy is relatively backward area.

The system composition is the same as the fixed one, in which the power machine, water pump and water main pipe are fixed all year round or during the entire irrigation season, and the branch pipe, vertical pipe and sprinkler head can be disassembled and moved, and installed in different working positions for rotating sprinkler irrigation.This method integrates the advantages and disadvantages of both fixed and mobile pipe sprinkler systems. The investment is moderate (about 650 yuan to 800 yuan per mu), and the operation and management are also convenient. It is a pipe sprinkler system widely used in China at present.The pipe-type sprinkler irrigation system is more suitable for northern China where water sources are in short supply and water points are few.

In 2016, Qitai County set up four demonstration sites in the semi-gully, Laoqitai, Xidi and Northwest Bay to implement the construction of the Internet of Things for monitoring and monitoring crop diseases and insect pests, the construction of biological inducement and control systems and the construction of intelligent drip irrigation facilities, with a total of 7,600 mu of demonstration area. Standardized cultivation, intensive management, industrialized management, environmental information, pest prevention and control, drip irrigation settings, drip irrigation process, irrigation history and many other information are recorded and inquired at any time through the system database. The digitalization, networking, intellectualization, and refinement of agricultural production management have been realized. 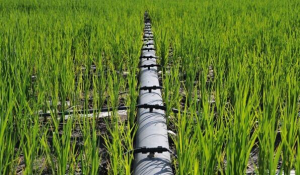 The system collects real-time data of crop water demand, growth and climate change, sets the upper and lower thresholds of irrigation data according to different crops and uses mobile phone and computer to control the field drip irrigation electronic valve remotely and intelligently. When the field crop water demand reaches the lower thresholds, the system automatically irrigates. When the water requirement reaches the upper threshold value, it stops automatically, and the central control system software can realize the block control within the radius of 10 km, and the intelligent irrigation of the whole area can be realized without leaving home.

Today, the drip irrigation system can be used in many areas, such as garden, orchard and so on, it has one big effective for our life 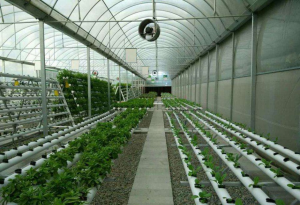